NFL: The final chapter of Philip Rivers’ playoff legacy has yet to be written, even if he’s no longer with the Chargers 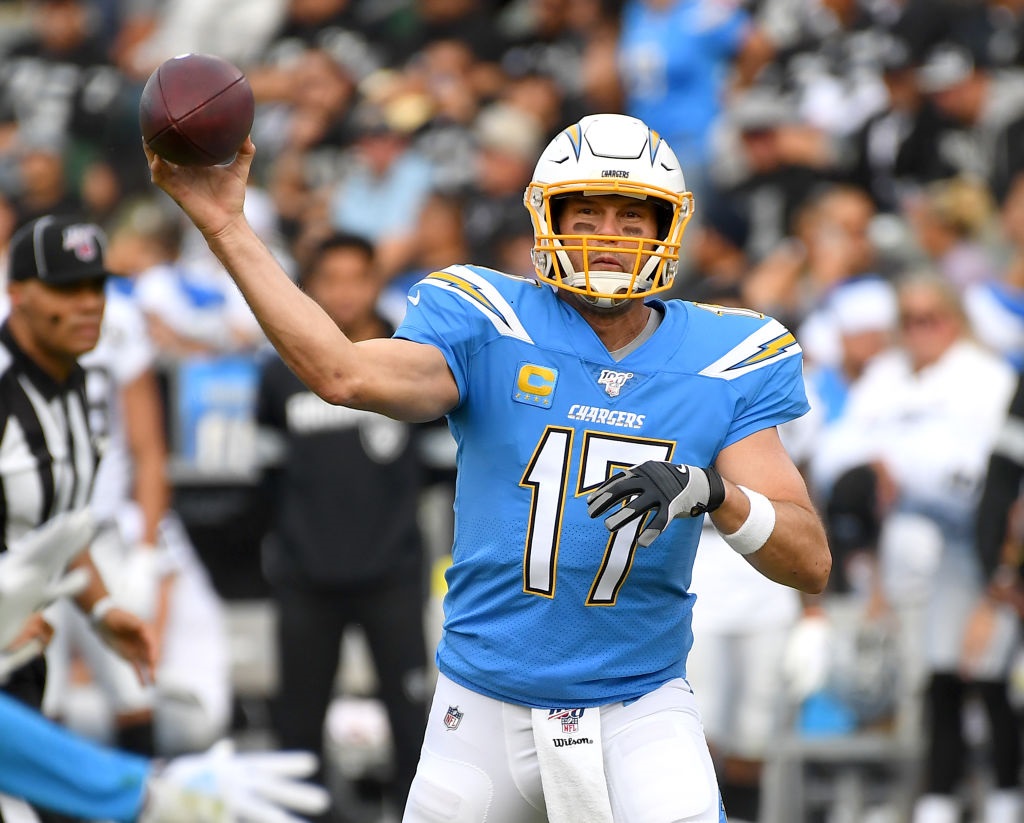 When Eli Manning retired from the New York Giants last week, it invited a number of NFL tributes to the famed 2004 class of quarterbacks, when Manning, Ben Roethlisberger and Philip Rivers all entered the league at or near the top of Round 1.

Within this torrent of QB-related pieces, a number of NFL pundits characterized Roethlisberger and Manning — with their four combined Super Bowl rings — as virtual locks for the Hall of Fame.

To the more fickle media, though, Rivers still has some work left to book his eventual ticket to Canton, even though the North Carolina State product boasts the trio’s best numbers with passing yards, touchdown passes and fewest interceptions (listed below).

And keep in mind Rivers didn’t take over as the Chargers’ full-time starter until Year 3 (2006, thanks to the unflappable presence of Drew Brees).

The reasons for the Rivers reluctancy, among Hall of Fame voters, aren’t hard to decode:

a) Unlike Manning (New York) and Big Ben (Pittsburgh), Rivers hasn’t had the luxury of quarterbacking a franchise from the East Coast.

b) In his 14 years as the starter, Rivers never led the Chargers to the Super Bowl.

c) Charting his five career postseason wins, Rivers carried the Chargers on his proverbial back just once — accounting for 264 yards passing and three touchdowns in a thrilling road win over Peyton Manning’s Colts … despite completing only 14 passes on the day.

Other than that, Rivers’ most storied playoff memories (such as playing on a torn ACL in the 2007 AFC title game) occurred in defeat.

Is that fair? Probably not. But Hall of Fame voters are notorious for sticking to friendly or unfriendly narratives, depending on their interactions with players through the years.

Fortunately, Rivers still has time to write the final chapters of his NFL story … which might no longer involve the Chargers — who are reportedly contemplating the act of moving on from their all-time leader in passing yards and passing touchdowns.

Heading into his age-38 season, who knows how Rivers would be embraced during free agency in March? Especially with the likes of Tom Brady, Drew Brees, Teddy Bridgewater and Jameis Winston potentially floating on the open market.

But we’re not worried.

The stars are aligned for Rivers to seek the comfort of just one franchise … and their most successful Quarterback Whisperer: The Tampa Bay Buccaneers.

Right now, the Buccaneers still own the rights to Jameis Winston (34 total TDs in 2019), the same Winston who recently became the eighth quarterback in NFL history to eclipse 5,000 yards in a single campaign (along with Brady, Brees, Roethlisberger, Peyton Manning, Dan Marino, Matthew Stafford, Patrick Mahomes).

However, it remains to be seen if Buccaneers head coach Bruce Arians projects great things for Winston over the next half-decade. Surely, the former Heisman Trophy winner and No. 1 overall draft pick will never come close to repeating 30 interceptions in a season … right?

Even if Arians becomes president of the Jameis Fan Club, the Tampa Bay front office would still be obliged to show Winston a ton of free agency love — perhaps in the neighborhood of five years and $175 million (with a signing bonus in the high 80s).

Is that a chance they’re willing to take with Winston, knowing this mega-contract could eat into the Bucs’ cap space, sooner than later?

Or would a veteran stopgap serve as the more palatable option for the Bucs, who could invest a simple three-year contract in Rivers (guaranteed for for 1-2 seasons), with the full intent of developing a blue-chip QB prospect from this year’s draft?

A CASE FOR RIVERS

For his final five games with the Chargers, Rivers enjoyed a robust completion rate of 69.7 percent, while passing for 1,446 yards and eight touchdowns.

On the down side, Rivers accounted for eight turnovers (six interceptions) and a 1-4 team record during that span.

All this begs the question: Why should the Buccaneers want a reasonable facsimile of Winston next season, especially one that’s 12 years older?

Here’s one rationale: Charting the three previous times in which Rivers tossed 18-plus interceptions, his cumulative average for the follow-up season was merely 12.7 picks … indicating that Rivers doesn’t let mistakes snowball, en masse, from year to year.

This might be all the evidence Arians needs to commit to Rivers, while the club focuses its energies on constructing a top-shelf O-line or bolstering a defense which finished 29th in scoring for 2019.

**Rivers has 11 games of postseason experience … to Winston’s zero. This could have great meaning to a hard-charging, win-now coach like Arians, who turns 68 in October.