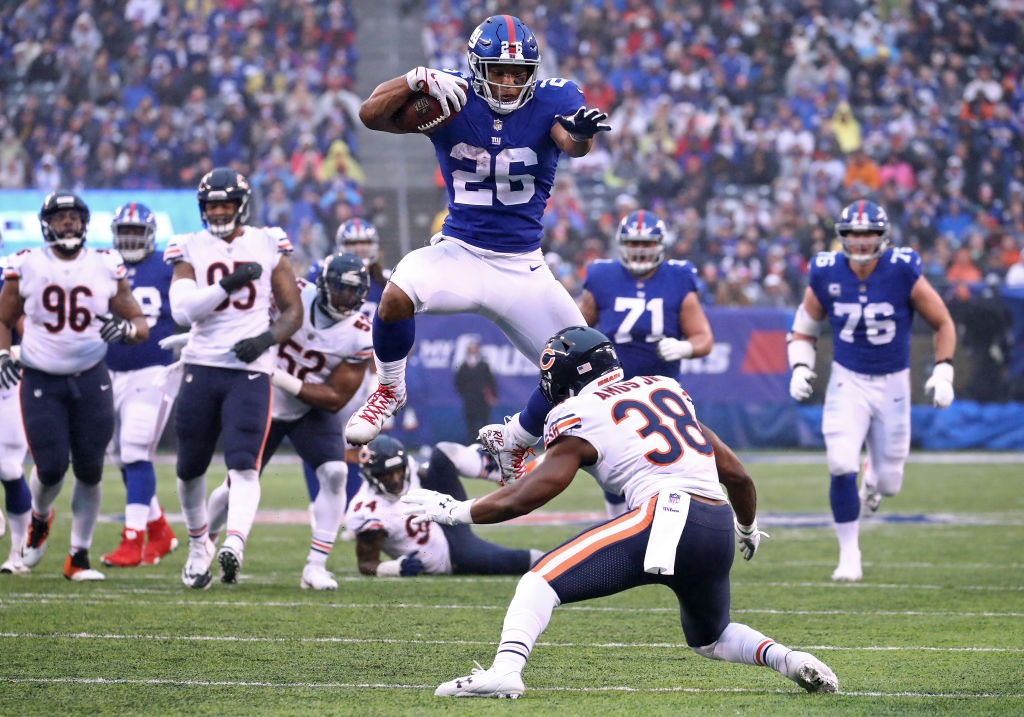 There are three certainties in life: Death, taxes … and Michael Thomas killing opposing cornerbacks at the Superdome.

In other words, feel free to pull a Clark W. Griswold (from Christmas Vacation fame) … and pre-invest this year’s Christmas bonus on Thomas enjoying a monster afternoon versus the Panthers — who rank dead-last with catches and targets allowed to opposing wideouts.

And keep in mind, Carolina has yet to face New Orleans this season.

But we’re willing to bet a new run of robust targets begins Sunday, with Robinson encountering a Giants defense which ranks 29th in receiving yards allowed to opposing wideouts … and 30th in touchdowns yielded to the same position.

In fact, check this out: Charting the Giants’ last three games, the other team’s No. 1 receiver (Jamison Crowder, Amari Cooper, Kenny Golladay) has enjoyed supreme averages of five catches, 95 yards and 1.3. TDs.

It’s difficult to justify the Packers’ 8-2 record, considering Green Bay has surrendered the second-most rushing touchdowns to opposing backs (11) and fourth-most rushing yards (1,144 … or 4.9 yards per carry) to the same position.

You know what’s easy to explain? Tevin Coleman’s seamless fit into the Niners offense, anchoring a three-headed attack (along with Matt Breida, Raheem Mostert) that has collected nearly 1,300 rushing yards through 10 games.

Sunday should be another stat-sheet-stuffing day for Coleman, from a heavyweight clash that could ultimately decide home-field advantage for the NFC playoffs. Here’s why:

a) Coleman has racked up 563 total yards and six TDs this season, despite logging 20-plus touches only twice.

b) Citing his last five outings against non-NFC West defenses, dating back to his Falcons days, Coleman owns healthy averages of 77 total yards and one TD.

c) With the Niners, Coleman has a superb catch-to-target ratio of 77 percent.

d) For the year, Coleman has recorded one touchdown for every 20.2 touches … and one score for every 20.8 carries.

Falcons wideout Calvin Ridley has quickly established himself as one of the streakiest assets in fantasyland.

Charting his 26 total games in the pros, Ridley has notched at least one touchdown in back-to-back outings six times; and that bodes well for Sunday, factoring last week’s eight-catch, 143-yard, one-TD explosion against the Panthers.

Here are two more reasons to presume another Ridley breakout:

There are minimal worries about Saquon Barkley this week, on the heels of his major clunker against the Jets (1 rushing yard, 31 total).

Why is that? Let us count the ways:

a) The Bears defense ranks in the bottom-3 with targets and receptions allowed to opposing backs.

(Barkley has averaged 5.2 catches, 6.6 targets and 42 receiving yards in his last five outings.)

b) Granted, it’s a small sample size, but Barkley has averaged 145 total yards and 0.5 TDs in two career outings versus the NFC North.

c) Barkley has tallied 18-plus targets in each of his last four games.

d) Prior to the Jets debacle, Barkley had amassed fewer than 90 total yards and/or zero TDs just twice … and one of the outings involved a semi-serious ankle injury (against Tampa Bay).

PrevPreviousNFL: The ‘You Are Looking Live!’ preview for Week 12
NextGOOD BEATS: 15 money-line picks for the College Football, NFL weekend (Nov. 22-25)Next