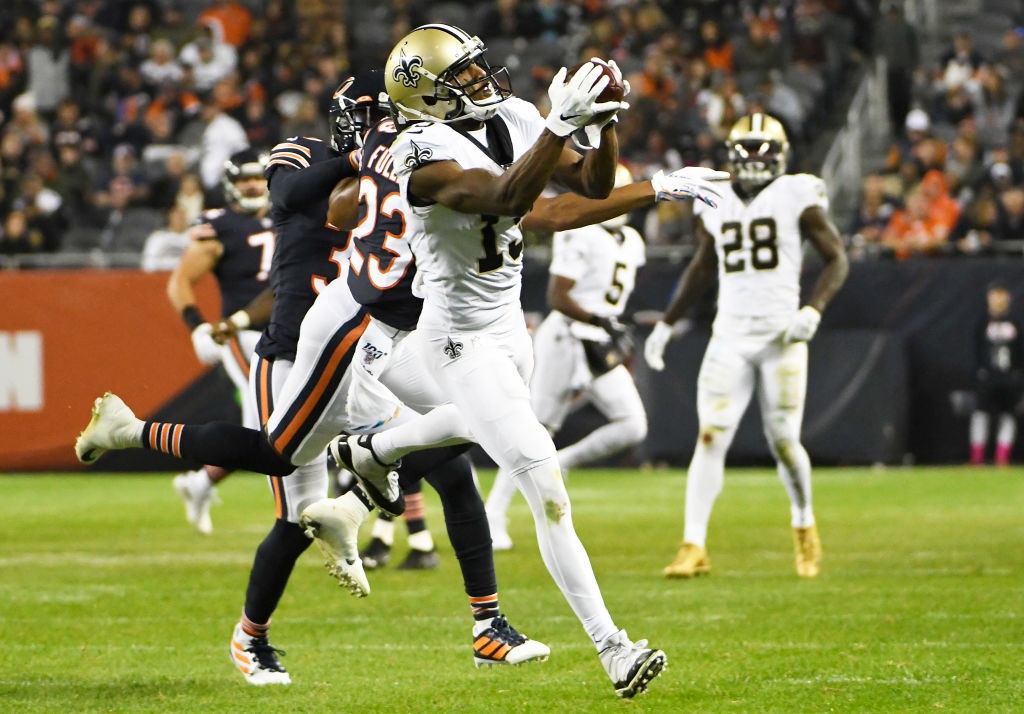 Can Thomas reach the hallowed 144 mark?

**The Colts (this week’s opponent) own bottom-12 tallies with receiving yards and receiving touchdowns allowed to opposing wideouts … but also possess strong rankings with catches and targets surrendered.

**Quarterback Drew Brees has accounted for 300 yards passing and/or three-plus touchdowns in four of five home games this season.

**Thomas has collected nine-plus targets in 15 of his last 19 games (including the postseason).

**Counting his last 11 outings at the Superdome (including the playoffs), Thomas boasts supreme averages of 9.7 catches, 113 yards and 0.6 TDs … and that includes a pair of clunkers resulting in less than 40 yards apiece.

Chris Carson owners couldn’t have asked for a more blessed playoff matchup than the free-falling Panthers (five straight losses), who rank 31st in rushing yards allowed and dead-last with rushing TDs surrendered to opposing backs (by a large margin).

Can Carson (1,299 total yards/7 TDs this year) handle the pressure of being a top-5 fantasy back this week? Does he care?

Of equal importance, the Stanford product boasts top-5 rankings with receiving yards (300) and positional TDs (3) during this vital stretch.

b) The Eagles wideouts have been wrecked by substantial injuries, with Alshon Jeffery and DeSean Jackson done for the season … and Nelson Agholor (knee) and J.J. Arcega-Whiteside (hamstring) reportedly playing at less than 100 percent.

The Titans have been on fire since installing Ryan Tannehill at quarterback (supplanting Marcus Mariota), posting a 6-1 record and averaging 34.3 points during the seven-game stretch.

Tennessee has also been a balanced unit, relative to fantasy star power:

**Tannehill has superbly averaged 285 total yards and 2.6 touchdowns during the seven-game flurry.

**Tailback Derrick Henry has averaged 133 total yards and 0.7 TDs since Tannehill helmed the offense in Week 7.

**Charting his last seven games, rookie wideout A.J. Brown has modestly accounted for six catches, 80 yards and/or one touchdown six times. However, for the last three weeks, Brown has enjoyed elite-level averages of four catches, 111 yards and one TD.

a) The Texans (this week’s opponent) have surrendered the second-most receiving touchdowns to opposing backs. These same playmakers also have a robust catch-to-target rate of 87 percent versus Houston.

b) For the season, Houston ranks in the bottom 10 for receiving touchdowns yielded to opposing wideouts.

Forget about the Cowboys and Rams having middle-of-the-pack rankings with rushing yards and rushing touchdowns allowed to opposing backs.

Recent history begs for us to believe in tangible star power for this week’s matchup:

**Todd Gurley owns excellent averages of 116 total yards and one score for his two encounters with the Cowboys.

The above numbers don’t even tell the whole story, either.

PrevPreviousFANTASY FOOTBALL: NFL’s early positional rankings for playoff Week 15
NextNFL: The ‘You Are Looking Live!’ preview for Week 15Next