NFL ON TV: 5 reasons why you shouldn’t buy the rumors of Tony Romo bolting for ESPN 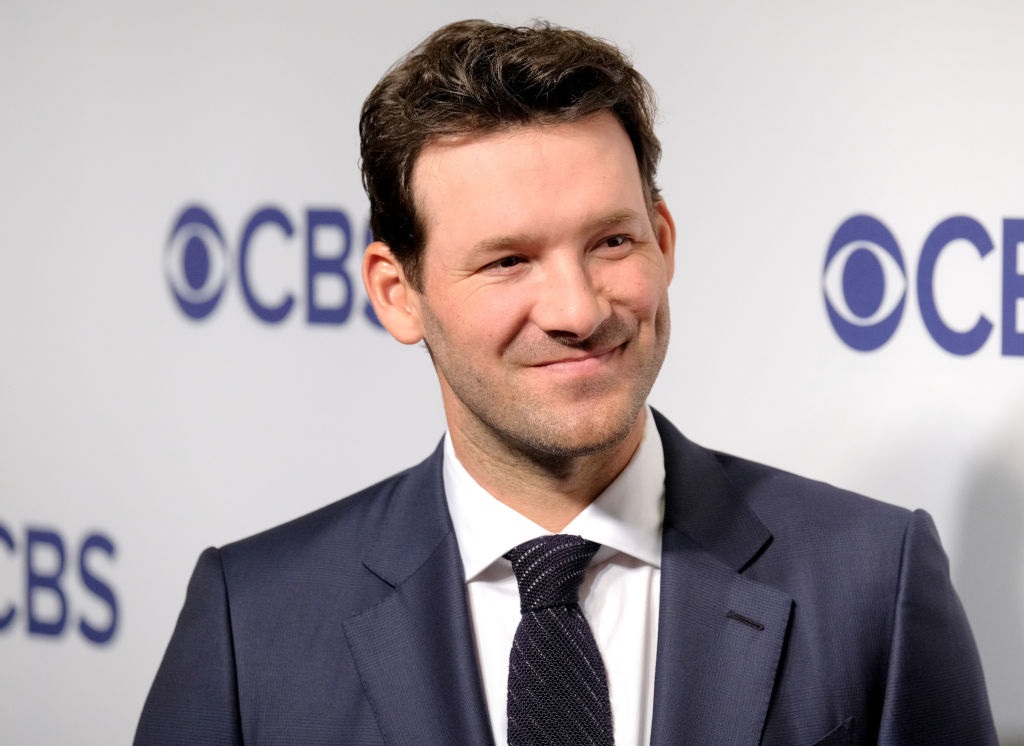 Come February, there will be one major free agent worth watching, as well: Tony Romo, the No. 1 NFL analyst for CBS Sports.

With FOX Sports handling the broadcast duties for next week’s Super Bowl in Miami, Romo’s impending free agency will soon become a major topic in media circles, possibly leading to these open-ended questions:

a) Is ESPN really contemplating a blockbuster offer of $10 to $14 million per year for Romo, as part of its revised strategy to overhaul the Monday Night Football broadcast?

b) Is CBS prepared to match all Romo offers, in full, even if it involves doubling or tripling the former Cowboys quarterback’s speculative 2019 salary of $4 million?

c) Would Romo really walk away from his great situation at CBS (working with partner Jim Nantz every Sunday) for the highest bidder? Or is he privately hoping to double/triple his compensation with CBS, while preserving the status quo?

BATSBY Sports offers five eminently plausible reasons why Romo will likely stay with CBS, after a brief flirtation with the other networks:

Of the 35 games shown above, not one came from ESPN’s Monday Night Football, leaving NBC, FOX and CBS to celebrate its unplanned monopoly of the regular season’s must-see events.

However, there’s still a sizable gap between the lowest-rated game on the above listing (Vikings @ Chiefs for Week 9, drawing roughly 18.3 million viewers) … and ESPN’s six most-watched games of 2019:

When ABC debuted Monday Night Football in 1970, as a means of taking the NFL-AFL merger to new heights, it became an overnight monster hit for the league, while making household names of TV announcers Keith Jackson (main anchor for Year 1, before moving to college football), Don Meredith, Frank Gifford and the wonderfully polarizing Howard Cosell.

And for 35 years, ABC enjoyed the fruits of being the NFL’s biggest prime-time asset, often drawing the best weekly matchups and highlighting the game’s brightest stars.

In other words … not many Jacksonville games on the docket.

But things changed dramatically in 2006, when ESPN assumed the Monday Night Football mantle (allowing ABC to delve deeper into its ‘Bachelor’ franchise) … and NBC launched its ‘Sunday Night Football’ initiative.

As part of this major changeover, the quality of ESPN games — in terms of stockpiling attractive or big-market matchups — underwent a noticeable decline, while the NFL seemingly went out of its way to aid NBC’s return to pro football (eight-year hiatus during the late 1990s/early 2000s).

A few years later, ESPN had to share even more of the prime-time spotlight, when the NFL created a Thursday Night Football package; and unlike previous installments of football on Thursday nights, CBS (2014-15), NBC (2016-17) and FOX (current package owner through 2022) were granted terrific matchups out of the box — tangibly better games than the ones airing on ESPN.

Was that necessarily fair to ESPN? Not really. But then again, what choice did the ESPN powers-that-be have in this fight?

To maintain its domination of the cable world, the four-letter network desperately needs an NFL anchor every week, as the foundation for countless hours of year-round, NFL-related programming.

ESPN’s current broadcasting team of Joe Tessitore and color analyst Booger McFarland have been solid at times, most notably the final moments of the Texans-Saints clash from Week 1.

On the flip side, this pairing might not have the cachet to bring in an additional millions of advertising revenue, or consistently generate 10.0-plus TV ratings from Monday to Monday during the regular season — on name recognition alone.

Does Romo have that power? Or what about Peyton Manning or his soon-to-be-retired brother, Eli Manning?

Chalk it up to the allure of big-market or very-famous quarterbacks … but the answer would likely be yes. Fair or not.

The first game of the wild card round typically involves the weekend’s least appealing matchup.

As Exhibit A, an AFC South team has been involved with eight of the last nine 4:30 p.m. outings for that playoff Saturday.

There’s also a finality aspect to this: Even if ESPN/ABC broadcasts a fantastic matchup on Wild Card Saturday, it remains the networks’ last postseason showcase of the season.

Where’s the fun in that?

Next year, CBS will broadcast Super Bowl 55 (LV) from Tampa; and for the next 12 years after that, it’s safe to assume The Tiffany Network will get 3-4 more Super Sunday opportunities.

This should always be a drawing card with Romo, or whoever might possibly replace him as the No. 1 analyst someday (Peyton Manning, Drew Brees).

It rings especially true when addressing this concern: Neither ABC nor ESPN have aired a Super Bowl broadcast since February 2006; and barring major changes to the next TV contract, the Walt Disney Co. might be shut out entirely for this new decade.

Romo, one of sports media’s most accomplished non-professional golfers, doesn’t necessarily need to be an official CBS employee to garner a standing invitation to the Pebble Beach Celebrity Pro-Am, one of the most popular events on the PGA Tour calendar.

But things could get a little uncomfortable, come Invite Time … if the former Cowboys star ever bolted CBS for ESPN, in what could be construed as a semi-obvious money grab.

Especially since neither NBC (Cris Collinsworth) nor FOX (Troy Aikman) are actively seeking out an heir apparent for their No. 1 NFL analysts.