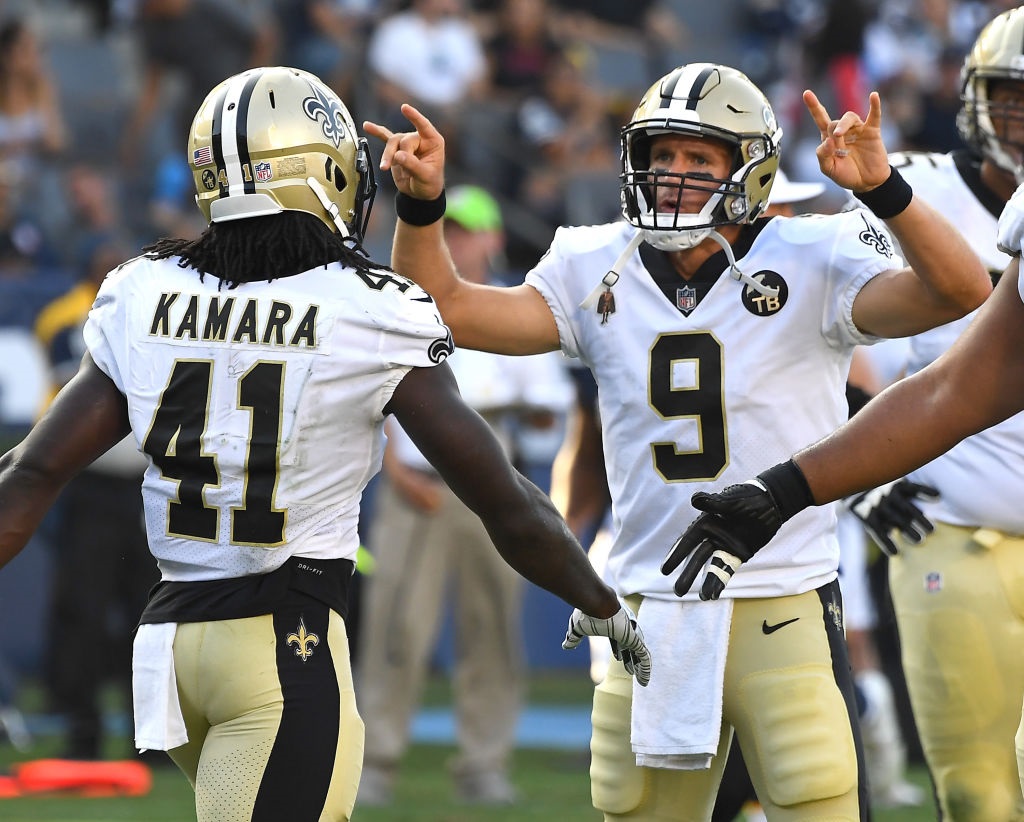 REVELATION #1: The bye-addled Niners should be considered shoo-ins for the NFC title game

Three weeks ago, the NFC was on the precipice of placing five 12-4 teams into the playoff field (minus the East champion), setting the stage for one of the most exciting postseason runs in recent memory.

But then, everything changed for the lesser when Seattle (Wild Card #1) and Minnesota (Wild Card #2) lost back-to-back home games to close the regular season (while incurring a slew of injuries with playmakers), essentially demystifying the conference’s once-formidable depth.

As Exhibits A & B for that, neither the Seahawks (11-5) nor Vikings (10-6) are solid bets to advance past this weekend, encountering the Eagles and Saints, respectively.

In fact, we wouldn’t be shocked if Philly — winners of four straight to claim the NFC East title — forced a Vegas-style PUSH line with Seattle by Sunday afternoon.

As the NFC’s top seed, the Niners can only face the Eagles (No. 4 seed), Seahawks (No. 5) or Vikings (No. 6) in the Divisional Playoff round; and regardless of the opponent, San Francisco (6-2 at home this season; No. 2 in scoring offense, No. 8 in scoring defense) figures to be a touchdown-plus favorite on Jan. 11.

The saving graces here, regarding the Niners’ second-round opponent?

a) The Eagles rank third overall against the run (90.1 yards per game).

b) The enigmatic Vikings have averaged 31.7 points in their last six road outings.

c) The Seahawks already know the feeling of knocking off the Niners in Santa Clara (Week 10).

REVELATION #2: Don’t expect the Patriots to represent the AFC in Super Bowl 54

But from this absurd 20-year cycle, which features six Lombardi trophies and 17 AFC East titles, the Patriots have never played in Wild Card Weekend … and reached the Super Bowl in the same season.

Think about that for a moment: If a young Brady could never string together three straight AFC victories, leading up to a Super Bowl berth, it’s very difficult to envision the same 42-year-old quarterback leading a struggling offense (eclipsing 30 points just once since Week 8) to a pair of road victories over Kansas City and Baltimore.

What’s more, for the first time in Brady’s Hall of Fame-worthy career, the 2019 Patriots lost to all three of the AFC’s other division winners.

REVELATION #3: History tells us the Vegas over-under for Bills-Texans won’t be doable

At first blush, 43 1/2 points seems like an easy cover for Saturday afternoon, given the climate-controlled environs of Houston’s NRG Stadium and relative star power of the quarterbacks (Deshaun Watson, Josh Allen).

However, the numbers don’t sync up with here … on three different fronts:

a) Charting the 2010-18 seasons, the first game of Wild Card Saturday (4:30 p.m. on ESPN) generated a cumulative total of 44 or more points just once. The lone exception was the crazy Colts-Chiefs game from January 2014, when Indianapolis rallied from 20-plus down in the first half to post a 45-44 victory.

b) The Texans held mere averages of 23.6 points at home this season.

c) The Bills reached the 30-point mark only twice this year … with both efforts coming against the bottom-feeding Dolphins.

REVELATION #4: The Saints don’t have much time to lament another cruel fate, at the hands of NFL replay officials

There were two easy headlines to write Sunday night, in the wake of Seattle’s painfully close defeat to San Francisco, thus missing out on the NFC West crown and a top-3 olayoff seed:

a) “Seahawks fail to experience more championship bliss … from the 1-yard line.”

It’s an old reference to Seattle’s Super Bowl loss to New England from five years ago, when the club didn’t use Marshawn Lynch in the final minute, needing only a goal-line touchdown to corral another Lombardi Trophy.

b) “Instant Replay messes with Saints fans once again.”

This reference covers the Saints getting stiffed in last January’s NFC title game, when the Rams should have been flagged for an obvious-to-just-about-everyone ‘pass interference’ call during the final moments, which likely would have punched New Orleans’ Super Bowl ticket for Atlanta.

(Eventually, the Saints fell in overtime to the Rams. As a small consolation, however, the NFL would alter its 2019 rules with Instant Replay, allowing certain pass interference calls to be overturned by officials.)

Bottom line: We might loathe the idea of Instant Replay being implemented for pass interference hypotheticals, but we can also empathize with Seahawks and Saints fans from Sunday, since the third-down play during Seattle’s final drive should have addressed by replay officials.

Would the officials have overturned the non-call against Seahawks tight end Jacob Hollister? Perhaps not. But at the very least, it deserved NFL’s full attention during that ultra-tense moment of truth.

Back to the present …

The Saints must now deal with the historical absurdity of being just the third 13-3 team in NFL history to play on Wild Card Weekend.

(The league added the wild-card round in 1978 when expanding the regular-season schedule to 16 weeks.)

1999-2000: Tennessee (13-3 overall) finished second to Jacksonville for the AFC South title … but got the ultimate revenge during the playoffs, upending the Jaguars in the conference championship and advancing to the Super Bowl in Atlanta.

2011-12: The Saints (13-3 overall) outlasted the Lions in a first-round shootout (45-28) but suffered a gut-wrenching defeat to the Niners in Divisional Round play — a game which easily ranks among the NFL’s 10 greatest postseason clashes of this century.