NFL: The ‘You Are Looking Live!’ preview for Week 2 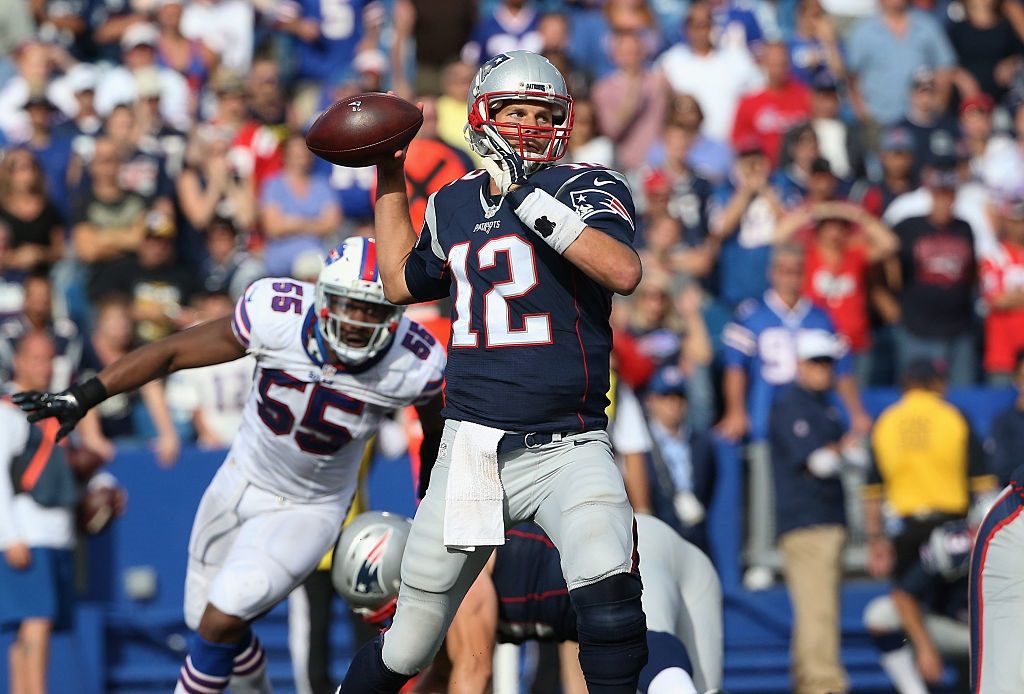 Three years ago, we began honoring radio legend Steve Czaban — who was surprisingly booted from the SB Nation Radio morning lineup in 2016, despite having perhaps the most engaging program in radio — with a “You Are Looking Live!” preview of Week 2.

The bit was so well-received, so roundly praised by media pundits (including a few SB Nation writers) and Czabe’s legion of fans alike, that we decided to make “You Are Looking Live!” a permanent Friday staple of the new BATSBY Network blog.

So, without further ado, here’s a print doppelganger to the best 60 minutes in sports radio — Hour #3 of Czabe’s NFL-heavy Friday show (heard daily from 4-7 p.m. in Washington D.C).

As such, it makes perfect sense to include Brent Musburger and Joey Porter into the presentation, via YouTube:

Of the previous four opening outings, quarterback Ben Roethlisberger has been a model of consistency for Pittsburgh, averaging 331 yards passing and 2.8 touchdowns.

What’s more, Big Ben passed for 456 yards and one touchdown in his last meeting with the Seahawks.

TIME: 1 p.m.
LINE: Lions (+2) … Over/Under: 47.5
REFEREE: Craig Wrolstad
TV ANNOUNCERS: Kevin Harlan, Rich Gannon (CBS)
NO EXCUSES: If the Lions can’t beat the Chargers with Melvin Gordon, Mike Williams (likely sidelined to injury) and Hunter Henry sitting this one out … there should be zero hope for a NFC North title.

And check out that point spread! This has all the makings of a sucker’s bet.

Citing his five career outings versus the Redskins, the three-time NFL rushing champion owns stellar averages of 109 total yards and 1.2 touchdowns; and that includes a 42-yard, zero-TD clunker from last year.

However, there was one quirky positive to from a fantasy standpoint:

Miami was the only Week 1 defense that didn’t allow a single receiving target to an opposing tailback.

Will this low-target trend hold up Sunday against the vaunted Patriots?

In other words, good luck guessing which Hilton shows up Sunday in Nashville.

Here are two clues that protend a sluggish Week 2 effort:

**Hilton has never posted 100 yards receiving in a road game during September.

**Charting the 10 times Hilton has notched multiple touchdowns (including the playoffs), he found the end zone the following week (or game) just once — his rookie campaign of 2012.

On the down side, Walker has never tallied multiple touchdowns in back-to-back games. #FirstWorldProblems

However, it’s extremely rare for these teams to play inside MetLife Stadium in back-to-back weeks. Except maybe this season … with the Bills (Weeks 1 and 2) and Dolphins (Weeks 14 and 15) both drawing that fate.

Which brings us to this: Of Dalton’s last four outings against NFC West defenses, the nine-year veteran sports elite-level averages of 324 yards passing and 2.5 touchdowns.

TIME: 1 p.m.
LINE: Ravens (-13) … Over/Under: 46.5
REFEREE: Ron Torbert
TV ANNOUNCERS: Brandon Gaudin, Cris Carter, Peter Schrager (FOX)
WRITTEN IN STONE: Before the season, the Ravens were my Week 2 pick for NFL suicide pools; and after last week’s demolition of the Dolphins, there’s no going back from that preseason prediction.

Here’s something interesting, though: The Raiders inexplicably allowed the fewest completions to opposing quarterbacks last season … and the most passing touchdowns to the same lot of passers.

Mahomes’ career output versus Oakland: Tidy averages of 288 yards passing and three touchdowns … with the Chiefs eclipsing 30-plus points in both instances.

TIME: 4:25 p.m. EST
LINE: Broncos (+2 1/2) … Over/Under: 40.5
REFEREE: Adrian Hill
TV ANNOUNCERS: Dick Stockton, Mark Schlereth, Jennifer Hale (FOX)
AT STAKE: Barring a bizarre, Lions-esque tie on Sunday, one of these clubs will be in a 0-2 hole and feeling the wrath of their passionate fan bases.

TIME: 4:25 p.m.
LINE: Rams (-2) … Over/Under: 52
REFEREE: Walt Anderson
TV ANNOUNCERS: Joe Buck, Troy Aikman, Erin Andrews (FOX)
AT STAKE: Yes, it’s very early in the season. But if the Saints and Rams end up competing for the No. 1 seed in NFC playoffs, Sunday’s showdown could serve as a major tiebreaker.

FUN FACT: There are three rock-solid stats to celebrate with the Saints’ Alvin Kamara, our No. 1 PPR tailback for Week 2:

a) Kamara has notched 100 total yards in his last five games (including the playoffs).

c) Of the greatest importance, check out Kamara’s averages in three lifetime meetings with the Rams: 128 total yards and 1.7 touchdowns per game.

FUN FACT: There are only three guarantees in life: Death, taxes … and Le’Veon Bell crushing his former divisional foes.