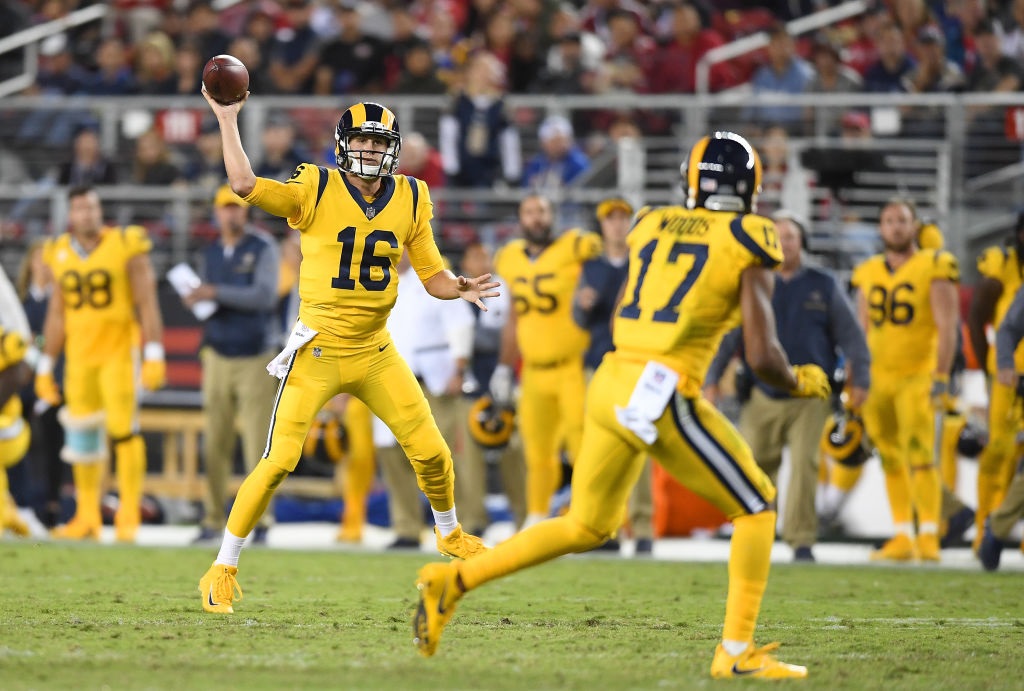 BATSBY Sports has perused the team-by-team victory projections for the 2020 NFL season (courtesy of VegasInsider.com), and we’re ready to identify five reasonable locks for the under side of betting.

CLICK HERE TO READ BATSBY SPORTS’ BEST ‘OVER’ BETS FOR 2020

a) For my money, the Ravens reside in the NFL’s toughest division, with Baltimore, Pittsburgh and even Cleveland all serving as potential title contenders this fall; and let’s not poo-pooh Cincinnati’s chances of quickly bouncing back to respectability, thanks to an infusion at quarterback (rookie Joe Burrow), receiver (A.J. Green and John Ross III back from injury, Tee Higgins drafted in Round 2) and the offensive line (decimated by injuries last year).

b) The Ravens might have the most difficult September slate of any major contender, taking on the Browns (home), Texans (road) and defending champion Chiefs (home) in the first three weeks.

There’s also an October-December gauntlet to overcome, with Baltimore encountering eight consecutive likely playoff participants (at Philly, at Indy, at New England, at Pittsburgh, at Cleveland … home versus Pittsburgh, Tennessee, Dallas) in a nine-Sunday span, with a bye serving as the lone respite.

c) I genuinely want to be proven wrong with the following proclamation from early March:

What’s the logic behind such blasphemy, considering how Jackson easily rolled for 1,206 rushing yards and seven rushing scores in just 15 games last year?

It’s simple. The Ravens’ front office and ownership have likely done the math on quantifying the numbers of Jackson’s mega-extension in 2022; and when talking annual salaries north of $40 million, it’s imperative that Baltimore has Jackson available for 15-16 games, while chasing the franchise’s quest for a third Lombardi Trophy.

d) The Ravens’ 12-game winning streak to cap last year’s regular season remains the stuff of legend, with the offense racking up 30-plus points eight times during that prolific stretch.

e) Just to clarify here: We still like the Ravens’ chances of repeating as AFC North champs … but with an 11-5 output.

Of course, 12 wins might be a relative breeze, if Baltimore sweeps the eminently mortal NFC East in crossover play.

On paper, Dallas offense has the capacity to crack the top three in scoring this fall, while also consuming large chunks of the clock in the process.

However, there are some notable worries to point out:

a) The Cowboys’ offensive line had a top-4 overall ranking last year (according to Pro Football Focus), but that group has also been dealt a continuity blow, in the form of Travis Frederick’s retirement.

b) Factoring in this century, last season might have been a lowpoint for the sometimes-comical NFC East (2019 cumulative record: 24-40) … and the Cowboys still couldn’t post a winning record or claim the division title.

c) Thank goodness for the Thanksgiving encounter with the Redskins. Other than that, there are no gimme games after the bye for the Cowboys …. including a tricky ‘sandwich’ trip to Cincinnati. (Don’t laugh.)

(What’s a sandwich game? Dallas has high-profile matchups with Baltimore and San Francisco on both ends.)

d) Remember when noted ESPN blowhard Rex Ryan inadvertently referred to Amari Cooper as a ‘turd’ back in March?

a) Let’s begin with some ugly truth: Seven of the Jaguars’ 10 losses from last season came of the double-digit-point variety. Adding to the misery, Jacksonville’s six final setbacks produced an average defeat margin of 21.5 points. Ugh.

b) For reasons that remain baffling, the Jaguars are hitching their offensive wagon to second-year quarterback Gardner Minshew II.

Yes, Minshew posted good stats in his rookie campaign (3,271 yards passing, 21 TDs, 6 INTs in 14 games); and yes, he has some Baker Mayfield-like spunk and improvisation to his game.

However, take an extra-long gander at this highlight reel: Of the first 25 Minshew plays, 22 occurred with the Jaguars trailing in the game, and only three involved Jacksonville owning the lead; and just once was Minshew orchestrating the go-ahead score during crunch time.

Bottom line: Minshew has the baseline talent and charisma to perhaps be good someday. Unfortunately, he also has the prowess to dig large holes for his club early in the game.

Think Jameis Winston … minus the flood of interceptions.

c) On paper, the Jaguars boast a number of burgeoning names along the offensive line, talents like Andrew Norwell, Cam Robinson, Brandon Linder and Jawaan Taylor.

In practice, though, Jacksonville’s O-line posted a disappointing ranking of 26th last season (according to Pro Football Focus).

d) Here’s some speculative insight to the Jaguars leaning heavily on Minshew: If he’s a flop as the full-time starter, it will likely position Jacksonville for a top-2 pick in next April’s draft.

Good luck plucking an obvious win out of that season-ending grist mill.

We’re prepared to look extremely foolish with this prediction, if the Cardinals (added DeAndre Hopkins in the offseason) aren’t ready for playoff contention in the NFC West.

If that’s the case, the Rams should be shoo-in bets for eight or nine victories, perhaps by default, citing five factors:

a) The Rams have eight crossover games against the AFC East and NFC East, arguably the NFL’s two weakest divisions.

That’s a lot of maneuvering room, thus balancing out the scope of encountering the 49ers, Seahawks and potentially dynamic Cardinals six times.

b) L.A.’s roster underwent a sizable shakeup during the offseason, shedding the high-priced contracts of Todd Gurley and Brandin Cooks, and then allowing Dante Fowler Jr. and Cory Littleton to leave town, via free agency.

Which begs the question: Are Sean McVay and Jared Goff slowly losing confidence in Kupp … or have they merely stumbled on a consistent way of maximizing the targets?

d) The biting loss of Gurley (three-year average: 1,662 total yards, 18 TDs) could be substantial, if the Rams cannot identify a signature back among the quartet of Cam Akers, Darrell Henderson, Malcolm Brown and Xavier Jones.

a) I’m still blown away by the Raiders’ draft-night malfeasance, in terms of passing on heralded Alabama wideout Jerry Jeudy — a future superstar with the Denver Broncos (my personal opinion) — for a Crimson Tide teammate (Henry Ruggs III), who might need a few years to develop into a productive receiver at the NFL level.

Now for the so-so news: Under Carr’s watch last year, the Raiders eclipsed the 30-point mark only twice.

d) The Raiders should enjoy the perks of a sparkling new home (Allegiant Stadium, just off the famed Strip) in an emerging market — to a point.

On the flip side, the opposing team’s fan base might also provide strong representation every Sunday, thanks to the many benefits of spending a looooooooong NFL weekend in Las Vegas.

That is … whenever fans are permitted to watch games at Allegiant.