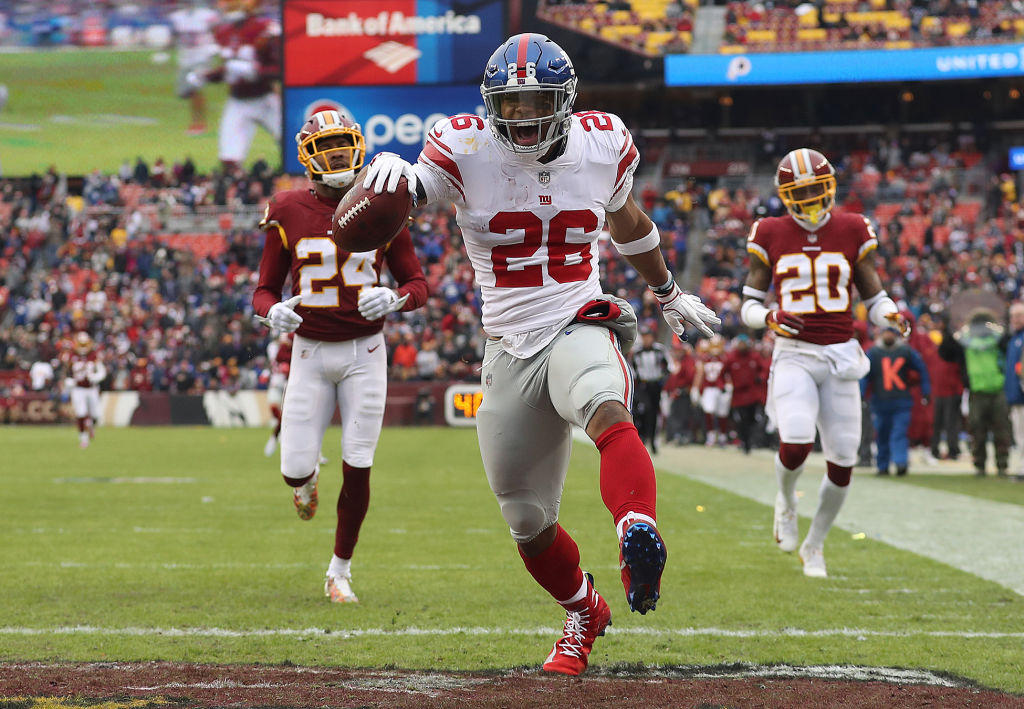 BATSBY Sports has perused the team-by-team victory projections for the 2020 NFL season (courtesy of VegasInsider.com), and we’re ready to identify six healthy locks for the over bets.

We’ve written similar pieces in recent years, with a track record that hovers around the 70-percent range.

In other words … solid work!

The only drawback for this exercise: The better value lies with the middle-of-the-pack or bottom-feeding clubs, meaning we’re not prepared to make any wild proclamations of the Chiefs going 15-1 … or the schizophrenic Eagles sailing past the projected total of 9.5 wins.

a) We’re well aware of how the 1992-93 Bills are the last Super Bowl loser to play for the Lombardi Trophy the following season.

However, the current Niners are perfectly set up for a repeat run at championship glory, thanks to a robust returning roster, a consistently strong running game (2nd in ground yards) and a defense which posted top-five tallies with sacks, fumble recoveries and defensive touchdowns last season.

b) Raheem Mostert will likely remain embroiled in a time-share situation, divvying up carries and touches among the likes of Tevin Coleman, Jeff Wilson Jr. and Jerick McKinnon, a lightning-fast asset who’s been plagued by major injuries for back-to-back seasons.

c) The Cardinals look better on paper this offseason, thanks to the evolving maturity of quarterback Kyler Murray and stealth acquisition of receiver DeAndre Hopkins (three-year average with the Texans: 105 catches, 1,372 yards, 10.3 TDs).

On the flip side, it’s hard to argue the Rams — after losing Todd Gurley, Brandin Cooks, Dante Fowler Jr., Clay Matthews Jr., among others — are primed for a sizable upgrade from last year’s 9-7 finish.

That yin-yang effect should help the Niners laser-focus on the two most feasible goals for the upcoming season: Holding off the Seahawks for the NFC West crown … and staking a claim for the No. 1 seed in the NFC playoffs.

On the negative side, the 49ers’ three regular-season defeats had a grand total of 13 points … and the Falcons needed two touchdowns in the final five seconds to win by seven.

What’s more, his interceptions count of 13 figures to remain flat, at worst.

a) Don’t laugh, but the Browns might have the NFL’s fourth-best roster, after the Chiefs, 49ers and Ravens.

Go ahead and click on the depth chart … and then kindly identify any holes with Cleveland’s all-22 setup.

The only apparent weakness: The club registered just eight sacks in the final six games, coinciding with Myles Garrett’s season-ending suspension after the Mason Rudolph-helmet debacle.

c) The Browns fell woefully short of last year’s massive preseason expectations, a precipitous downfall which began with a 30-point home drubbing (versus the Titans).

The positives here: National pundits won’t be walking on eggshells with grandiose predictions this summer.

But not us. We’re willing to bet the proverbial farm the Browns reach the postseason.

d) It’s worth noting: The Browns were the only regular-season team to dismantle the Ravens last year, hanging 40 on the eventual AFC North champs in Week 4.

e) Speaking of sure bets, you can take it to the bank that quarterback Baker Mayfield (3,827 yards passing, 25 total TDs last year) will post a completion rate above 60 percent this fall … and that he’ll toss fewer than 20 interceptions.

a) Let’s start with the obvious here: Tom Brady represents a major upgrade over Jameis Winston at quarterback, even if the former falls short of matching Winston’s 2019 tallies of 5,109 yards passing and 34 total touchdowns.

Brady has merely averaged eight interceptions over the previous eight seasons (with the Patriots), a far cry from Winston’s 30 picks with the Bucs last year; and consequently, Tampa Bay stands to have more scoring drives, longer possessions and better field position than the opposition for nearly every game.

Plus, there’s the whole intangible quality of Brady (eight-year average: 4,425 yards passing, 32 TDs … six Lombardi Trophy rings since 2001) being the best team leader in the NFL.

Brady’s obsession with hard work, on-field continuity and winning will invariably rub off on his Bucs teammates, while also holding the players accountable during the regular season.

c) In 2019, the Buccaneers ranked eighth in sacks, fourth in fumble recoveries and tied for first with defensive touchdowns. For good measure, Tampa Bay also had the NFL’s top-rated rush defense, surrendering only 74 ground yards per game.

e) For this column, the Bucs might represent the toughest ‘over‘ lock, given the crossover scheduling dates with the NFC North and AFC West.

a) The Vegas experts apparently don’t have much respect for the Titans’ 9-4 finish to last season, which included road playoff upsets of the Patriots and Ravens … and one highly competitive loss to the Chiefs (AFC championship).

b) Citing Tennessee’s 11 total victories (including the postseason), the club cultivated a spread of seven or more points eight different times.

That feeds into the Titans’ reputation of shredding the opposition through pinpoint passing early on … and then riding the power moves of NFL rushing champion Derrick Henry (1,540 yards, 18 total TDs) in the second half.

d) Ryan Tannehill, the reigning NFL Comeback Player of the Year, still has plenty of upside with the Titans, even after rolling for 2,742 yards passing and 26 total touchdowns in just 10 regular-season starts.

(Of course, it will be difficult to replicate the 70-percent completion rate.)

The reason for such high confidence?

b) Forget about his 3-9 record as a rookie starter.

Jones was an unqualified success with the Giants in 2019, posting one of the league’s greatest starting debuts of this century (336 yards passing, 4 total TDs vs. Tampa Bay) … and then producing a strong finishing kick in the final five outings (1,351 yards passing, 13 TDs, 61-percent completion rate).

Heading into Year 2, Jones should be considered a legitimate candidate for 3,800 yards passing and 27-plus touchdowns.

c) The NFC East was the league’s weakest division last year, fielding just one club with a winning record (9-7 Eagles); and the Giants certainly have the offensive firepower to compete with the Cowboys, Eagles or Redskins in any potential shootout.

d) The Giants defense could benefit from the onslaught of ugly-weather games for Weeks 10-17, with New York having four home outings, three trips to colder markets (Cincinnati, Seattle, Baltimore) and one bye during this span.

a) We rarely lean on rookie quarterbacks to get the job done, especially with teams coming off the league’s worst record.

The 23-year-old Ohio native should be a game-changing fit in the Bengals’ pass-heavy offense, taking the starting reins on Day 1.

b) Last year, Joe Mixon was among the NFL’s five best tailbacks during the November/December months.

For the Bengals’ final seven outings, Mixon enjoyed stellar averages of 124 total yards and 0.62 TDs; and for his last nine games, Mixon collected 100 total yards and/or one TD seven times.

c) The Bengals had a bottom-10 offensive line last season, according to Football Outsiders.

However, this porous ranking doesn’t fully account for Cincinnati’s significant injuries in the trenches, or the club’s commitment to rebuilding the O-line through the draft (first-round guard Jonah Williams in 2019, first-round center Billy Price in 2018).

d) Five of Cincinnati’s 14 losses from last season involved a spread of six or fewer points, with three defeats occurring against playoff clubs.

f) The AFC North might be one of the NFL’s toughest divisions, but the Bengals also get a double reprieve on the back side, thanks to nine total games with the NFC East, AFC South and still-rebuilding Dolphins.

PrevPreviousEASY MONEY? BATSBY Sports’ updated crack at NFL ‘Survivor Pool’ picks for the 2020 season
NextNFL 2020: The ‘You Are Looking Live!’ preview for Week 1Next