NFL: Would Antonio Brown be a good bet for the Hall of Fame … if he never played another down? 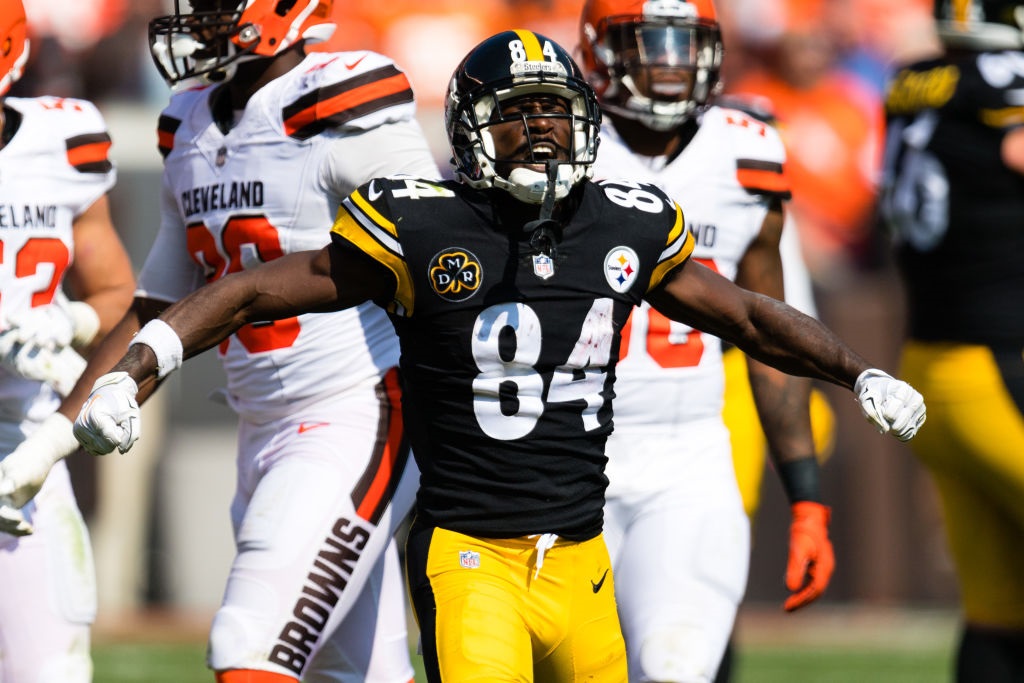 It takes a big man to admit when he’s wrong; and I was wrong A LOT about Antonio Brown’s one crazy summer with the Raiders and Patriots in 2019.

**When photos of Brown’s frostbitten feet were initially released to the public, I thought, ‘No way he’s ready for Week 1 against the Broncos (the Raiders’ opponent).’

(Technically, I was right about not playing Denver, but it’s also not worth the humblebrag.)

**When Brown got into a reported scuffle with Raiders general manager Mike Mayock after training camp broke, I fully expected the club to immediately boot the enigmatic, high-strung receiver.

Instead, roughly 12 hours after the incident, head coach Jon Gruden stated Brown would be starting in the team’s opener.

**When the Raiders finally dropped Brown after his Instagram post during Labor Day weekend, stealthily demanding a release, I publicly stated on Twitter there was a “zero chance” of the Patriots signing Brown, given his checkered past with promoting locker-room harmony.

And guess what? There stood Brown in a Patriots uniform before Week 2, collecting four catches, eight targets, 56 yards and one touchdown against the Dolphins — and it could have easily been two scores, if quarterback Tom Brady hadn’t under-thrown Brown on a red-zone pass attempt.

So, given the above admissions, you’ll understand if I withhold any further bold predictions regarding Brown’s future, in lieu of the Patriots dumping the mercurial wideout before Week 3 of last year (due to off-field concerns) … and no other clubs making an effort to sign Brown the rest of 2019.

The term ‘dump’ comes with a somewhat ironic tone, since most Friday news dumps in politics and sports (often delivering bad news) typically get buried under the excitement of weekend plans.

Fast forward to the present: With all 32 NFL teams stuck in virtual mode until the start of training camp, due to the Coronavirus shutdown, it’s highly unlikely that Brown will be on an active roster for Week 1 this September — short of catastrophic injuries to a club’s cadre of top wideouts (and even then, it seems like a major stretch).

But hey, in this most surreal of years, would anyone be shocked if Brown became a weekly fixture in the NFL once again?

In the meantime, BATSBY Sports revisits a theme from last year, breaking down whether Brown (841 catches, 11,263 yards, 80 career TDs in only 131 games) still has a plausible shot at Canton glory.

Would Brown be a relative Hall of Fame shoo-in, if he never played another down in the NFL?

It’s a fair question to ask.

On the plus side:

**Along those lines, Brown and Larry Fitzgerald share the league’s all-time record for 100-catch seasons (six).

**During the six-year stretch referenced above, Brown possessed staggering averages of 114 catches, 1,524 yards and 11.2 touchdowns.

**Brown stands as one of only 24 pass-catchers in NFL history to notch 15 or more receiving touchdowns in a single season.

On the negative side …

**A handful of now-retired players have outperformed Brown in either receptions, receiving yards or receiving touchdowns … and yet, they’re not in the Hall of Fame.

**Fair or not, ‘borderline’ greats still need the media’s to reach the Hall of Fame; and given Brown’s temperamental ways and occasionally tense bouts with the press, his Canton candidacy would require the help of a Pittsburgh (or national) writer with persuasive powers.

**Brown could become the first Hall of Fame consideration during the #MeToo movement.

It’ll be an interesting test case, roughly six after Brown retires from the game.

Or whenever the game’s done with him (which might have already occurred).

The only thing for certain: Anthony Scaramucci, who ran the White House communications for President Donald J. Trump … for a grand total of 10 or 11 days (depending on whom you ask)?

Well, the term “Scaramucci’d” now has a co-brander in Brown, whose 11 days with the Patriots last year (one game of 4 catches, 56 yards, 1 TD) was equal parts fruitful, fascinating, mysterious and utterly pointless (since New England mauled Miami in Week 2).

Perhaps Brown and Scaramucci could join forces to co-host a talk show on cable TV.

The ratings would have been great … at least for the first two weeks.

PrevPreviousMLB DRAFT: 4 history-based reasons why the Detroit Tigers should bypass Spencer Torkelson at No. 1 overall
NextLET’S DO THIS: MLB’s three-division, travel-light proposal for 2020 checks all the proverbial boxesNext