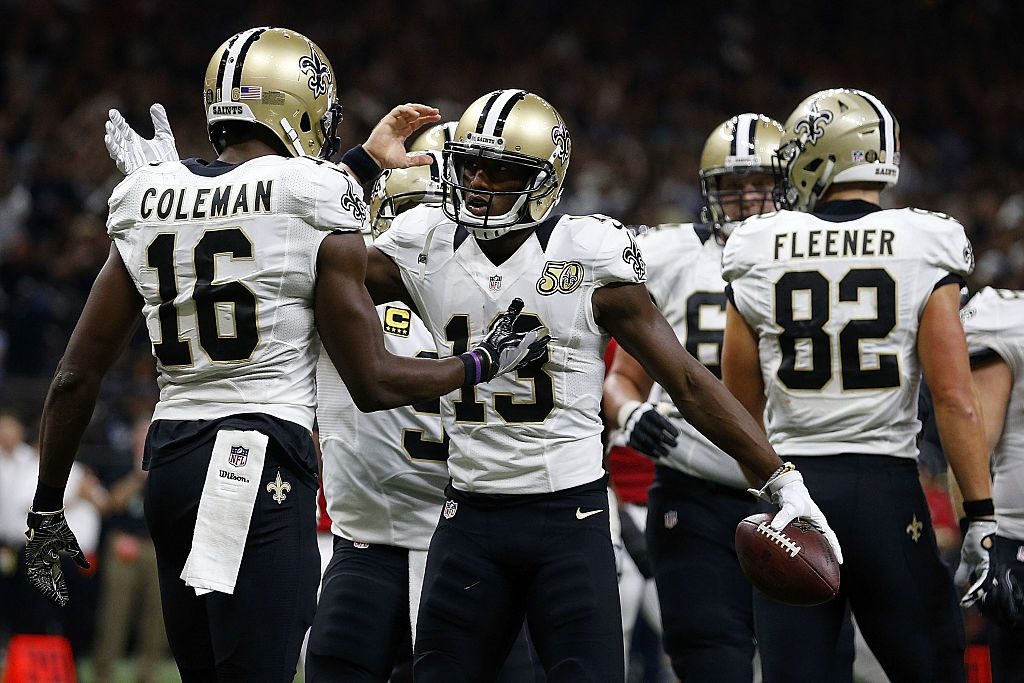 These 10 wideouts have posted at least five games of eight-plus targets to date:

These 10 confounding wideouts have managed to collect a minimum of 25 catches and 50 targets through eight weeks … but have recorded just one or zero touchdowns.

These eminently consistent wideouts have notched at least five outings of seven catches, 95 yards and/or one touchdown through eight weeks of action:

This quintet of enigmatic receivers represent ideal buy-low/buy-medium candidates in the coming weeks. Hopefully, fantasy owners have been paying attention to the hidden goodness:

Allen Robinson — Sure, the Bears currently rank 27th in scoring. However, Robinson still boasts top-10 tallies for targets and catches. Also, Robinson has collected seven-plus targets in all seven outings.

JuJu Smith-Schuster — It’s been an interesting adjustment to backup QB Mason Rudolph. That notwithstanding, Schuster still owns five games of 75-plus receiving yards and three touchdowns.

John Brown — Seven straight games with five or more receptions, along with two total touchdowns. That spells ‘Flex-Spot Bankability‘ for 12- and 14-team leagues every Sunday.

Alex Erickson — Coming off a two-game run of 14 catches, 21 targets and 234 yards. Plus, fantasy owners shouldn’t underrate the scout-team rapport between Erickson and new Bengals starter Ryan Finley. Could be flex-spot gold in the second half.

The following teams have the easiest schedules for Weeks 13-16 (fantasy playoff period), relative to defending wide receivers (or lack thereof).

The big lesson here: Prioritize your trade-deadline targets (among wideouts) around the 12 clubs listed below: