SIGNING DAY FALLOUT: A 10-year study of prep QB rankings … and how it doesn’t always translate to NFL glory 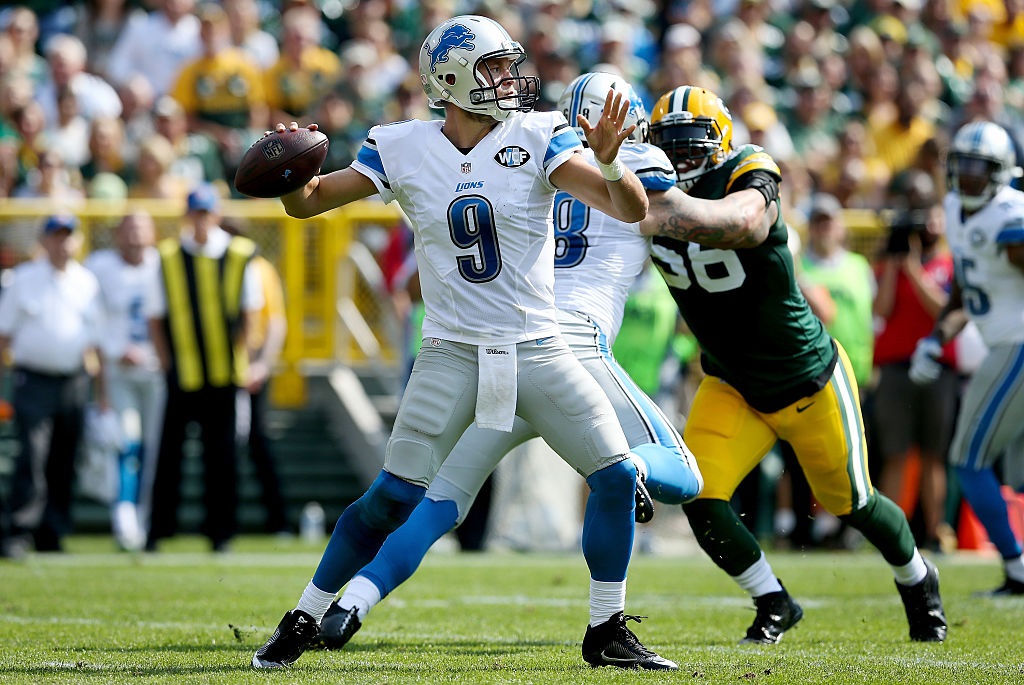 For the better part of this century, wonderful innovations like the Internet, YouTube and elite passing camps have had an omnipresent effect with football youths in America, promotion-wise, making a good number of ’em household names before they even step foot on a college campus — as full-time students.

And yet, as you’ll see below, these recruiting sites don’t exactly have the best track record with quarterback projections.

Why make the cutoff point at 2015? We’re essentially giving every blue-chipper from this 10-year period to carve out an NFL legacy, either as a proven talent or something that projects favorably down the road.

Sure, Matt Barkley and Kyle Allen have logged a few NFL starts through the years, primarily as injury-replacement backups; and Josh Rosen is only two years removed from being a first-round pick.

But there’s only clear winner among the group of top-rated QBs from the 10-year study: Matthew Stafford (Class of 2006) quickly evolved from freshman starter in 2006, to Heisman Trophy contender (2008) to No. 1 overall pick with the Detroit Lions in 2009.

And for his career, Stafford became the fastest quarterback in NFL history to amass 40,000 passing yards; and assuming he plays another 8-10 seasons, the Texas native has a great shot at 75,000 yards … and maybe a Hall of Fame bust in about 16 years.

Just grab any top-10 listing, and you’ll see at least three names of quarterbacks who never made a dent in college football.

In 2006, Pat Devlin, Neil Caudle and Alex Cate attempted a grand total of 90 combined passes at Penn State, Auburn and Oklahoma State, respectively; and Mustain and Frazer were ostensibly flameouts at their first colleges of choice, before transferring to other programs.

Charting the 2010 class, led by Philip Sims, Jesse Scroggins and Tyler Bray, none of the top 10 were drafted by the NFL; and the aforementioned Bray stands as the only QB to attempt an NFL pass (one).

This is the age-old question. We get that certain sites, such as 247Sports and Rivals.com, likely pool their writers and editors together for player grades.

But even with all the video clips and summer passing camps, how does someone earn a 5-star grade … and then post minimal-at-best production at the college level?

The 2007 class generated four 5-star passers in the eyes of 247Sports — Jimy Clausen, Ryan Mallett, Aaron Corp and John Brantley; and yet, Corp attempted only 30 passes in his college career with USC.

Granted, the Trojans were rolling with high-end recruits during this period, still basking in the glow of the Pete Carroll era (two national titles, four Rose Bowl victories). But surely Corp knew this before signing with Southern Cal? And even later, he would have the chance to transfer to another California- or Pac 10-based league, as a means of jump-starting a career that began with so much promise. Correct?

And what about Christian LeMay (16 career collegiate passes), the top-ranked passer from the Class of 2011? I was a Georgia resident his entire time with the UGA program … and don’t recall hearing his name called once in a game.

Which brings us back to the original question: Who are these people with the so-called power to determine whether a quarterback prospect warrants the prestige of a 5-star rating?

Without knowing better, I’d swear these rankings were generated less on a player’s talent, makeup and upside … and more about which schools were recruiting him during high school.

The whole process seems so superficial.

NO APPARENT FEAR OF MISSING OUT

The Class of 2013 actually had two future No. 1 overall picks in the NFL draft — Cal’s Jared Goff (rated 15th) and Texas Tech/Oklahoma’s Baker Mayfield — but neither one made the 247Sports’ top-10 listing for that year. In fact, Mayfield (42nd) barely made the top 50 coming out of high school in Texas.

Must have been a tough competition to crack, huh?

**Top-rated prospect Max Browne never tossed more than five touchowns in a college campaign, and he needed to transfer from USC to Pitt to make it happen.

**Christian Hackenberg seemingly had all the measurables to be a highly productive NFL quarterback; but his infamous penchant for throwing interceptions, en masse, during practice derailed his pro career in relatively short order.

GIVING CREDIT WHERE IT’S DUE

247Sports deserves kuods for nailing its No. 1 selection (Stafford), along with the top-10 selections of Juice Williams (helped upset top-ranked Ohio State at Illinois), Josh Freeman (future first-round pick with the Buccaneers) and Kevin Riley (productive career at Call).

Heck, 247 Sports even unearthed the secondary talents of Kam Chancellor, who would make his NFL millions as a Pro Bowl-caliber safety with the Seahawks.