SUPER BOWL 54: Our 10 favorite prop bets to ponder before the Chiefs vs. Niners kickoff 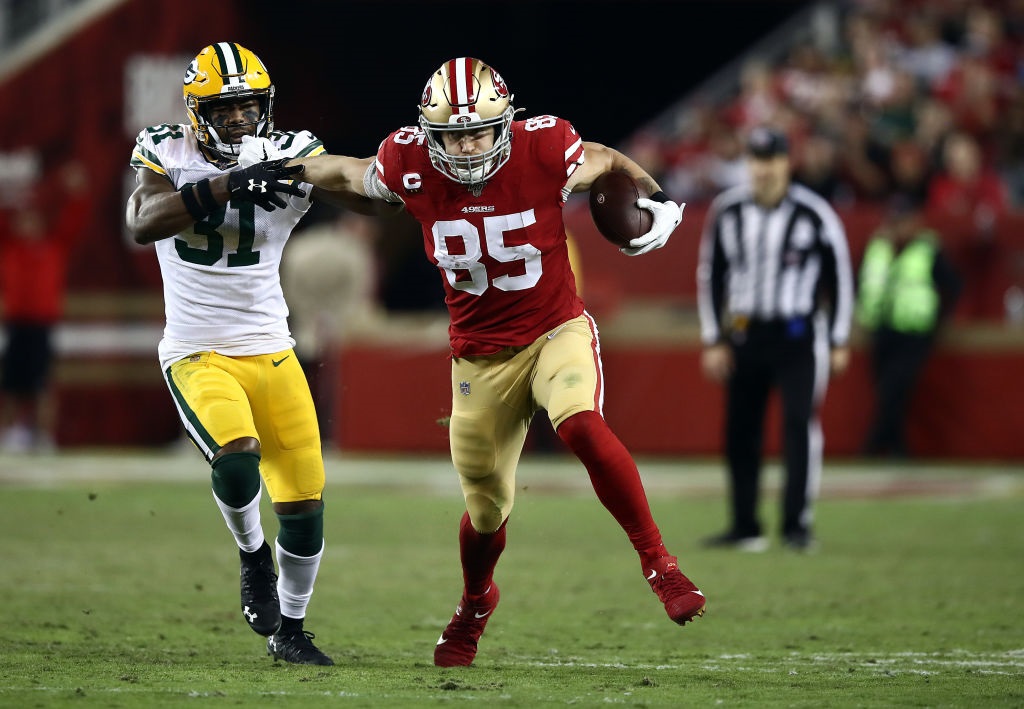 BATSBY Sports relied on OddsShark.com for its money-line selections during the NFL regular season; and given our 60-percent success rate with gambling lines and over-unders, it only makes sense to revisit Odds Shark for Super Bowl LIV in Miami.

As such, here are the 10 most intriguing prop bets for Sunday’s even-handed clash of Chiefs vs. 49ers, along with our breakdowns and predictions for each cherry-picked prop:

a) Charting his last five games (including the playoffs), Mahomes has averaged 276 yards and three total touchdowns.

b) Mahomes had failed to hit 300 yards passing in four of his last five games away from Kansas City’s Arrowhead Stadium.

c) In September 2018, Mahomes lit up the Niners defense for 314 yards passing and three touchdowns — his first-ever home start in the pros.

To hit that number, though, it required nearly 64-percent passing.

PREDICTION: Mahomes carries the ‘over’ on a gut call … but just barely.

a) During the regular season, the Chiefs finished middle-of-the-pack with touchdown passes allowed.

b) Garoppolo has passed for multiple touchdowns just once in his last seven starts (including the postseason).

a) Sanders has been a boom-or-bust asset since joining the Niners midseason:

**Against the Cardinals and Saints, Sanders absurdly averaged seven catches, nine targets, 135 yards and one score.

**For the other nine complete games, Sanders broke 60 yards receiving just once and registered only two TDs.

b) For that same stretch, Sanders merely averaged 4.5 targets per outing.

a) With fantasy football, the Chiefs’ tailback has been a great PPR asset in recent weeks, averaging four catches, 5.5 targets and 0.5 touchdowns over his last four outings.

b) For the last three weeks alone, Williams collected 19 targets.

c) On the flip side … during the regular season, the vaunted and versatile Niners defense ranked 4th in targets allowed to opposing backs.

a) Kittle hasn’t been much of a factor during the playoffs (two games), collecting only four catches for 19 yards.

b) For the regular season, the shaky Chiefs endured a bottom-five ranking versus tight ends, covering the categories of catches, targets and receiving yards allowed.

However, in its last five outings (including the postseason), Kansas City has surrendered mere averages of five catches, 31 yards and 0.4 TDs to the other team’s No. 1 tight end.

On the major-plus side, the Iowa product enjoyed a robust catch-to-target rate of 80 percent for these same outings.

PREDICTION: UNDER … by a smidge.

a) Forget about Mostert’s 226-yard, four-TD demolition of the overmatched Packers in the NFC championship bout.

b) On the down side, Mostert has yet to collect more than two targets in his last seven outings.

c) For regular season action, the Chiefs had a bottom-10 ranking with rushing yards allowed to opposing backs.

d) Even if Tevin Coleman (injured shoulder) suits up on Super Sunday, Mostert remains a solid bet for 14-18 total touches against the Chiefs.

PROP BET #7 — WILL THE NINERS POST A RUSHING TD?

a) For away or neutral-field games this year, Mitch Wishnowsky (49ers) and Dustin Colquitt (Chiefs) collectively averaged 5.9 punts per game.

b) Throw in the likelihood of the Chiefs being bold on certain 4th-and-short situations … and we’re feeling great about this prop.

a) According to Football Outsiders, the Chiefs’ offensive line ranked 28th overall with pass protection during the regular season.

c) Mahomes has the requisite mobility to avoid a large sackfest on Sunday.

The only worry here: If the score gets out of hand early … the 49ers’ front line can exclusively focus on attacking a pass-happy Mahomes with nearly every snap.

PrevPreviousNBA: All-Star snubs may be painful for some blue-chip players … but it’s also great business for the league
NextCANTON BOUND: We couldn’t have a Pro Football Hall of Fame … without Edgerrin James getting his just dueNext