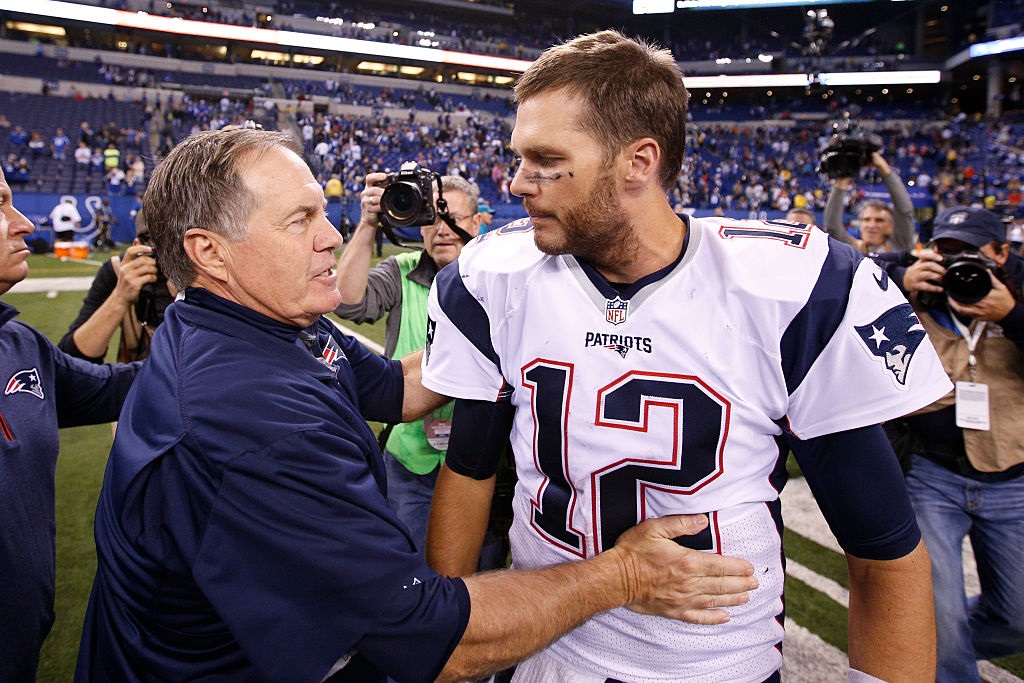 We have plenty of ground to cover here with BATSBY Sports’ super-sized version of the weekly Fun Facts … so let’s get rolling with some cool nuggets:

Before Brady and the Patriots got rolling on their second trifecta of world championships six years ago (beating the Seahawks, Falcons and Rams in two-season increments), the previous record-holder was Peyton Manning (nine years between Super Bowl triumphs).

Most people can identify Peyton Manning as the only starting quarterback to win a Super Bowl with multiple franchises — the 2006 Colts and 2015 Broncos.

(Brady can become the first starting QB to claim Lombardi trophies in both conferences.)

However, did you also know that Manning’s just one of two starting signal-callers to a lose a Super Bowl with multiple clubs?

The other QB: Hall of Famer Kurt Warner … who incurred gut-wrenching Super Bowl defeats with the Rams and Cardinals.

The Steelers and Patriots share the record for most Super Bowl victories (six) – one Lombardi Trophy more than both the Cowboys and Niners.

On the flip side, the Broncos have racked up the most Super Bowl losses – five – despite having a Hall of Fame quarterback/Canton shoo-in for four of the Super Sunday setbacks (Peyton Manning once … John Elway thrice).

NFL fans have a flood of enduring images from Super Bowl I — such as Max McGee’s reach-behind, one-handed circus catch for the opening touchdown, the second-half kickoff that didn’t count (NBC-TV wasn’t back from a commercial break) and Packers head coach Vince Lombardi walking off the field amid the Los Angeles Coliseum patrons, shaking hands without any security detail.

But here’s a little factoid that rarely, if ever, gets mentioned:

The 1970 Dallas Cowboys are the first team in history to lose a Super Bowl … when taking a lead into the fourth quarter.

But then again, we shouldn’t have expected anything less from the infamous Blunder Bowl (Super Bowl V) — with the Cowboys and Colts cumulatively netting 11 turnovers (five fumbles lost, six interceptions).

Speaking of Super Bowl V, played on the short-lived Astroturf at the old Orange Bowl, Cowboys linebacker Chuck Howley stands as the lone SB MVP from the losing club.

Given the uniqueness of Howley’s award, it only makes sense for the Cowboys to be involved with this other distinction:

Randy White and the late Harvey Martin are the only co-MVPs in Super Bowl history — a reward for the Cowboys’ thorough dissection of the Broncos in SB XII.

We all know the legend of Hall of Famer Joe Namath successfully guaranteeing a win during the mid-week hype (greatest prediction ever), but here’s something that has been largely forgotten, over time:

For the Jets’ 16-7 win at The Orange Bowl, Namath didn’t attempt a single pass in the fourth quarter.

Strange but true: No head coach in history has won a Super Bowl with multiple franchises.

How many quarterbacks claim the top four spots, in terms of single-game passing yards for the Super Bowl?

The answer: Only two.

The Miami Dolphins are the only franchise of the Super Bowl era to post a perfect season (1972), from beginning to end (sorry, 2007 Patriots).

Thanks to the 2018 Rams, the Dolphins are no longer the only club to reach a Super Bowl … and fail to register at least one touchdown.

The Dolphins were certainly a run-first, run-second operation in the 1970s, even with the Hall of Fame tandem of quarterback Bob Griese and receiver Paul Warfield.

Speaking of Griese, the Purdue legend holds the Super Bowl single-game record for fewest completions by the winning starting quarterback — six against the Vikings in SB VIII.

To his credit, Griese had just one incompletion on the day — an errant fly pattern to Warfield.

a) Tom Brady, a nine-time AFC champion and one-time NFC champ, owns the Super Bowl record for most cumulative completions — 256 through nine games.

b) Patriots tailback James White has the Super Bowl record for most single-game receptions (14 vs. Atlanta in SB 51).

Bill Belichick has coached in 12 Super Bowls — two as a Giants assistant, once as a Patriots staffer (under Bill Parcells) and nine as New England’s head coach.

Is that an overall participatory record? Yes, by a long shot.

The next-best participatory candidates: Perhaps you’ve heard that Sunday shall mark Tom Brady’s 10th career Super Bowl (six victories, three losses). Put another way, since Brady’s birth in 1977, he has been featured in 23 percent of the NFL’s ultimate championship bouts.

Also, Dan Reeves previously possessed the record for players AND coaches, participating in nine Super Bowls (two as a Cowboys player, three as a Dallas assistant under Tom Landry and four as head coach of the Denver Broncos or Atlanta Falcons).

Jake Delhomme lays claim to a cool record that might endure for another decade or two — or perhaps be eradicated come Sunday:

The retired Panthers quarterback gets credit for the longest pass play in Super Bowl history — an 85-yard touchdown toss to Muhsin Muhammad in Super Bowl XXXVIII (against the Patriots).

For what it’s worth, Steelers tailback Willie Parker still controls the record for longest rushing play in Super Bowl history — a 75-yard touchdown jaunt against the Seahawks in SB XL.