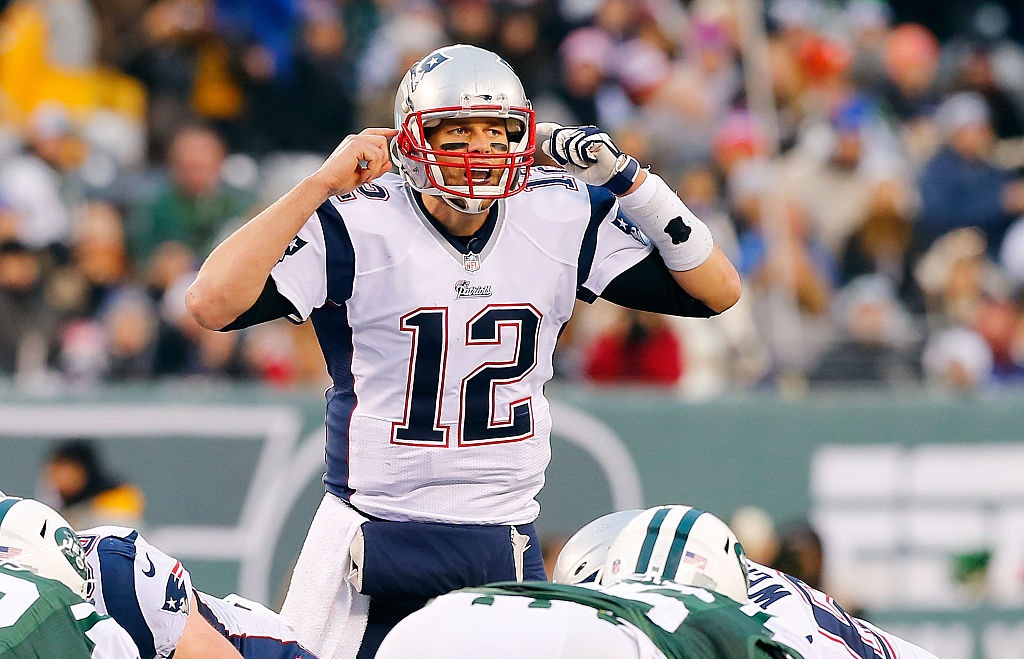 But in the wake of his team’s Wild Card Weekend defeat to the Titans, it’s fair to wonder if the 42-year-old Brady will complete his journey with the New England Patriots — the only pro franchise he’s ever known.

A Patriots universe … without the full triumvirate of Brady, Bill Belichick and owner Robert Kraft? It’s certainly a possibility this offseason, with Brady hitting unrestricted free agency for essentially the first time.

BATSBY Sports handicaps the most advantageous 2020 destinations for Brady, should the Hall of Fame shoo-in break away from the Patriots in the next two months.

It’s worth noting: Our rankings shall range from most plausible addition … to the least likely.

a) The Chargers might be loaded with top-notch talent in their relative primes (Keenan Allen, Joey Bosa, Melvin Gordon, Derwin James, Mike Williams, Austin Ekeler, Desmond King) … but they also don’t have an infinite window of championship contention.

b) For 2018 and ’19, the Chargers often required the help of opposing teams to sell out games at a tiny soccer stadium (capacity: 25,000-plus) over the last two seasons.

So, in that vein, the club might have great difficulty filling the Inglewood-based SoFi Stadium (capacity: 70,240) — the sparkling new home of the Rams and Chargers.

At the very least, the Chargers need a major drawing card for the 2020 campaign.

c) Brady already has a home in southern California, which could easily factor into his decision-making process during free agency — assuming the salary figures are similar.

d) Signing Brady would bring instant business credibility to the Chargers, who ranked 21st overall with Forbes.com‘s most recent survey of franchise values ($2.5 billion), despite the high-profile relocation from San Diego to Los Angeles.

f) Here’s another incentive carrot for Brady coming to Los Angeles: The Patriots will visit the Chargers at some point next season.

Can you imagine the hype for the first-ever Brady vs. Belichick showdown?

g) Eight-time Pro Bowler Philip Rivers (59,271 yards, 397 passing TDs) has been a statistical marvel for his entire career with the Chargers, including the last seven seasons (yearly averages during this span: 4,482 yards, 30 TDs).

However, that passing proficiency (aside from Rivers’ 20 interceptions in 2019) hasn’t translated to any AFC West titles in the last decade.

In fact, the Chargers have posted just one double-digit-victory campaign in the last 10 years; and that season (2018) ended with a blowout loss to the eventual champion Patriots.

And as luck would have it, in terms of the Chargers making a major transition at quarterback this season, Rivers will be an unrestricted free agent in March.

It’s a clean-break situation … and potential win-win for both parties.

a) The Colts have an admirable foundation of promising young talent, solid coaching acumen, front-office stability (GM Chris Ballard) and the most available cap space of any NFL team — at roughly $96.46 million (according to Spotrac.com).

Simply put, the club would have plenty of resources to build around Brady, through either free agency or draft, over a three-year window.

b) Check out Brady’s numbers from the last few years: His production typically dips during the blustery-weather months of November and December.

That wouldn’t be a problem with the Colts’ climate-controlled stadium in Indianapolis, along with annual trips to Houston, Jacksonville and Tennessee within the division.

a) This seems like the most feasible destination, in terms of Brady and Patriots offensive coordinator Josh McDaniels working together as quarterback and head coach.

The Panthers are in need of a core overhaul, and Brady could bridge the gap with Carolina drafting/developing a long-term QB prospect over the next two years.

b) We’re praying that Cam Newton (recent injuries: shoulder, foot) will be 100-percent healthy for next season; and if that’s the case, he’d likely be a strong trade chip for the Panthers.

It’s worth noting: In his 20 years of NFL action, Brady has never had a backfield mate to match McCaffrey’s explosion, endurance and versatility.

a) Brady and head coach Bruce Arians have never worked together at any time since 2000.

However, if any outside offensive mind could extract the most out of a 40-something quarterback … it would be Arians, whose stupendous track record with Peyton Manning, Ben Roethlisberger, Carson Palmer and Jameis Winston speaks volumes.

b) Don’t underrate the alluring challenge of Brady transforming a middling franchise into a viable contender — especially in a warm-weather market. Ideal playing conditions could keep him playing a reasonably high level for three more years.

c) The Buccaneers would have a solid arsenal of offensive weapons (Mike Evans, Chris Godwin, Ronald Jones, Breshad Perriman, O.J. Howard, Justin Watson) at Brady’s disposal; and the defense (led by Shaq Barrett and Devin White) has plenty of game-changing potential, as well.

Under Arians’ direction, the Bucs are a team on the rise.

d) Tampa Bay has the third-most cap space for 2020 and could easily address its deficiencies in relatively short order.

e) Winston just put the finishing touches on a remarkable season of 5,000 yards passing and 30 touchdowns.

However, the 30 interceptions might make it easier for the Bucs to let Winston walk in free agency, thus opening the door for Brady … who averaged only eight picks for the 2010-19 decade.

Unlike the Chargers in Los Angeles, the Raiders likely won’t need much outside help to fill Allegiant Stadium, the club’s new billion-dollar home in Las Vegas.

That said, the Raiders fan base — whether we’re talking Las Vegas, southern California or NorCal — might be growing weary of Derek Carr’s acumen for carrying the franchise past 6-7 wins in a given campaign.

(NOTE: The Raiders have just one winning season in Carr’s six-year tenure.)

Given Carr’s immense salary on the books, it’s hard to foresee the Raiders making drastic changes with quarterbacks this offseason; but if the club ventures down such a path, Brady would seem like the natural stopgap solution.

Yes, the Dolphins are loaded with cap space (approximtely $94.3 million) and a flood of high-to-medium draft picks for the next two years.

But it’s hard to envision Brady invoking a Brett Favre-like heel turn with his next NFL team, in terms of joining another AFC East franchise … purely out of contempt for Belichick (if such a notion even exists).

Bottom line: It’s not happening … so let’s just move on.

At first blush, it’d be cool to see Brady mucking it up with the Vikings, Packers and Lions from the NFC North.

But then again, if Brady was hell-bent on playing for a cold-weather team with an excellent defense and erratic rushing attack … he should just stay with the Patriots.

PrevPreviousNFL PLAYOFFS: The Super Bowl era’s weakest teams to reach the postseason
NextNFL: Ravens might have the toughest matchup of Divisional Playoff WeekendNext